‘My inspiration behind this slam started when I noticed this trend on social media of people giving others advice on what success is, how to achieve it and how to grow to it’s so called ‘highest potential’. That got me thinking on a lot of different factors and I came to realise that it often came down to the same thing. Most of them used themselves as a representation on how to achieve it, even though I believe every person is different. With differerent paths, different goals and different ways on how their success is measured. So I decided to put my own twist on it. My definition of success.’
Quote from Sam’s new slam ‘My Definition of Success’ that we’ll be posting later on today!
As promised: Maz's poem
Maz hitting us with the truest of words, 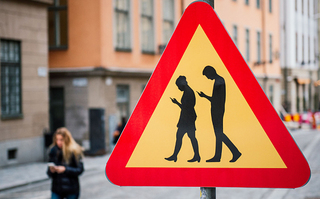 We live in a world in which it has become important to identify friends in memes and laugh about the Donald Trumps and Kim Kardashians in the world, while we never question the consequences of letting this kind of people have so much influence on our lives.

Viral trends and memes, that are ‘so us’ have taken a place in all of our lives, it’s no more a pastime, it has become an everyday-thing. And while we’re laughing about vines (r.i.p) and the American presidential election, we’re losing track of what’s actually happening around us. We’re staring at our phones, blending out our surroundings and pretend we’re informed about the world, since we read another badly written , uninformed post on Facebook.

We lose so much time, looking through our timelines on social media and ignore the real world, we live in a digital world and come out only  to eat (while publishing photos of what we’re eating of course) and for school, where we still use every free minute to check what’s happening online, meaning that the only time we’re ever not online is while we sleep.

We scroll through timelines and aren’t even interested in most of the posts we see. Why do we still insist on looking at our phones all the time? We’re addicted to being informed, which wouldn’t be a bad thing if that information were of any worth. But most of the time we’re shown altogether uninteresting and boring posts.

We walk through life looking down on our phones. We want to be kept entertained, thinking life around us is unable to do so. We’re losing the ability to live without our phones. When was the last time you didn’t use your phone for a whole day?

I don’t want to defend this lifestyle, yet it’s evident that the governments want us to do just that, because as long as we’re laughing at silly memes, we’re not questioning their politics. We believe we are informed when we’re numb to true information.